Upcoming Changes to the Reporting of Traffic Collisions

NSW Police are urging motorists to familiarise themselves with changes to the way traffic crashes are reported in NSW as they come into effect next week on Wednesday 15 October 2014.

Radio advertisements notifying the changes have started on both Sydney and Regional AM and FM stations, which aim to reach drivers on their daily commute to and from work and home.

The new streamlined process – which starts next Wednesday (15 October 2014) – is part of a red-tape reduction initiative to better manage crashes on NSW roads.

From Wednesday 15 October 2014, police will only be required to attend and investigate crashes if they meet one or more of three criteria:

Drivers involved in traffic crashes where their vehicle needs to be towed – and none of the above criteria apply – can now organise their own tow and leave the area, and later report the crash to the Police Assistance Line on 131 444.

In addition, drivers will no longer need to report minor collisions to police, even for insurance purposes.

“With only one week to go until the changes come into effect, we are strongly urging all motorists to go online to our website and learn what to do in a crash situation – and download an informative ‘flow-chart’ flyer.

“Drivers may no longer need to wait for police in a tow-away only crash and will not need to report minor collisions for insurance purposes where no vehicles are towed.

“We are also reaching out to drivers in their vehicles through radio advertisements, as they travel to and from work and home, ensuring the message is getting out there to all motorists.

“The new streamlined process is about cutting back red tape and diverting police resources into broader road safety initiatives and other investigations,” Assistant Commissioner Hartley said.

Police will also attend to direct traffic and deal with hazards or debris on the road, as well as assist with the tow of heavy vehicles.

Currently they attend and investigate where a person is killed or injured; parties fail to exchange particulars; a driver is under the influence; or, a vehicle involved requires towing from the scene.

In such instances if a vehicle requires towing from the scene and no one is injured or under the influence, and all parties exchange details:

NB. If motorists exhaust all other options to have their vehicles towed, the Police Assistance Line will be able to provide further guidance and assistance.
* Also, from Wednesday 15 October 2014, reports of ‘minor’ traffic crashes – where vehicles do not require towing – will no longer be recorded by police. Police event numbers will not be issued for these incidents.

A ‘flowchart’ with step-by-step instructions on what to do in a crash will be sent to motorists with registration renewals, which can be kept in the glove box. 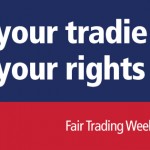 NSW Fair Trading Week is a week-long celebration to raise awareness about consumer and trader issues in the community. It will be held from 3 – 8 November 2013.

During Fair Trading Week, events all across the State will bring our message directly to the people of NSW. Our staff will be out in the community talking to consumers and visiting traders, making sure that everyone get the chance to hear about their rights and responsibilities in the marketplace. 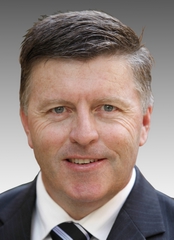